Jesse is a carefree, guy who manages to have fun and stir up a little trouble wherever he goes. Jesse’s smart but science homework is far from his top priority. Initially, all Jesse wanted was a little help from Seka and Tabby on a science project. He never dreamed he’d end up doing massive amounts of scientific research to help save a wetland! Unlike Seka, Jesse is not a fan of textbook learning. He hates dull, dry scientific explanations. He needs to see things first hand. Luckily he’s spending most of his days in the best first hand science classroom in the world – the wetland. Sure, Jesse would rather be playing video games than filling out scientific data sheets, but ultimately he is thrilled to be spending his days surrounded by so many things he loves: spiders, frogs, snakes, bats and of course his best friend, Seka and his trusted pug dog, Scruffy. 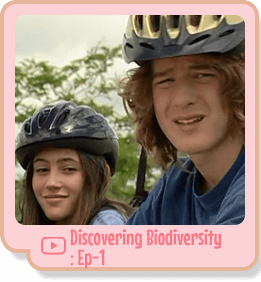 Discovering the World of Biodiversity

Jesse and Seka must come up with a science project on biodiversity, their choice – a local wetland destined for destruction. 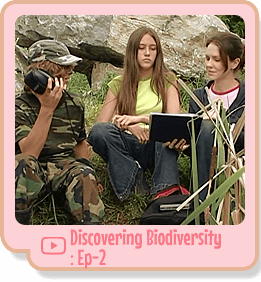 Jesse and Seka learn how to use their senses to help them discover the incredible biodiversity in their wetland. 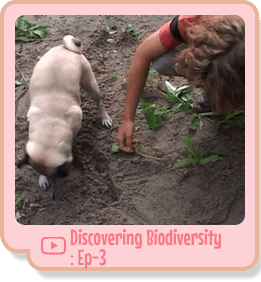 Jesse and Seka learn about different ways of classifying life forms and discover that
classification is something that we do all the time.

Jesse and Seka meet a scientist who introduces them to the world of slimy algae, useful bacteria and millions of other microorganisms 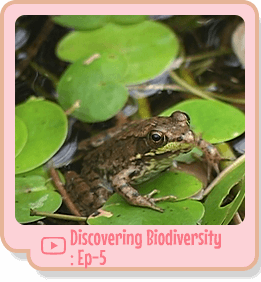 Jesse and Seka pay another visit to their wetland where they learn how species have adapted to living there. 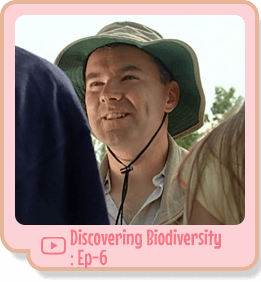 Jesse and Seka present their findings about the wetland to members of city council, their teacher and fellow students.